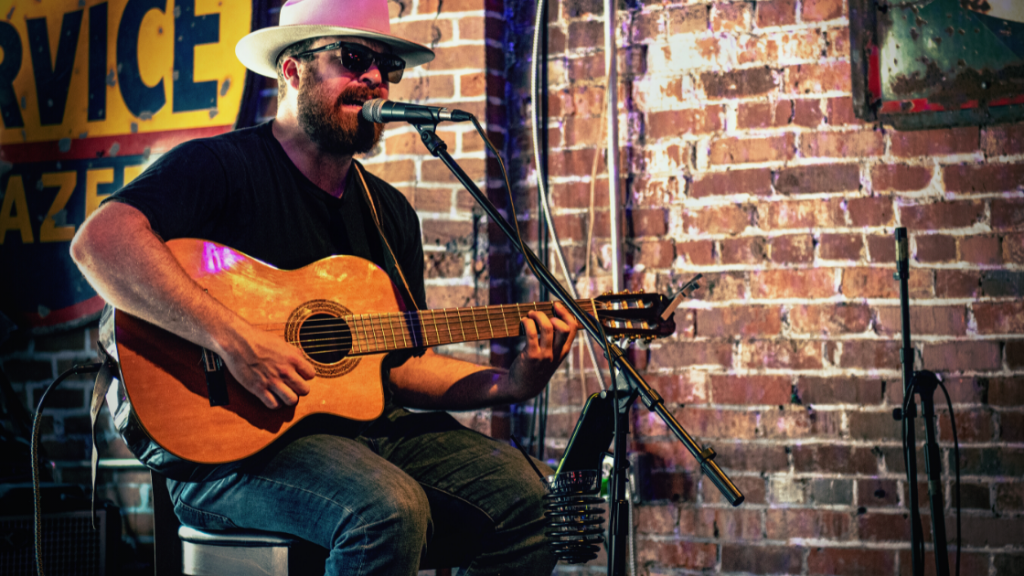 Summertime is fast approaching and what better way to keep you happy than with some fantastic new indie music that you can add to your playlists?

Do you love the outdoors? Is the warmth of the sun on your skin and the feeling of soft grass beneath your feet more enjoyable to you than sitting through a business meeting? If yes, then this article is for you.

Here we’re going to present you with some indie folk music from independent artists. We have gone through all their portfolios and picked out our favourites, which is why this article is PURE quality without any filler or fluff.

As you know, music has a huge impact on our daily lives. We listen to it when we’re working out or during a workout, but also while we work, clean or drive the car.

Every genre helps us release our emotions, and this summer we’ve had a lot to release. That’s why we decided to create this list of Indie Folk songs that you can add to your playlist and enjoy all summer long with your friends and family.

You can listen to our full playlist which contains the artists’ music, and know more about the artists by scrolling down the page.

BAYWUD, an indie folk band based in Los Angeles, has just released their latest single “Lullaby.” The song is a beautiful blend of folk rock and singer-songwriter styles that will leave you feeling nostalgic and relaxed.

The single features male vocals and acoustic guitars to create a calming atmosphere. It’s perfect for those who want to unwind after a long day with some easy-listening music. The track also showcases the band’s impressive instrumental abilities and songwriting talent.

If you’re looking for some new music to add to your playlist, we highly recommend checking out BAYWUD’s newest release. Check it out and follow the band on Spotify!

Mark Winters is a singer-songwriter from Sugar Land, Texas. His new single, “It Moves In You,” is a classic example of Americana folk rock. The song has a soft, dreamy guitar line and vocals that are both soothing and emotional at the same time.

The song is full of emotion, with strong lyrics that reflect on relationships and feelings.

The song moves seamlessly between major and minor chords, creating an uplifting feel while also giving it an emotional depth that makes it perfect for listening while relaxing or in a reflexive moment.

If you like alt-folk or classic sound, then you’ll love this track, check it out, watch their music video and follow the artist on Spotify!

Herald K is an independent artist who has just released his latest single “Arethusa”. The single is a mix of alt-folk and indie acoustic rock that’s sure to be the perfect soundtrack for your summer.

The song is full of rich harmonies between Herald’s male and his partner’s female vocals, with a classic sound that will take you back to European culture.

You can hear the relaxing nature of this song in its acoustic guitars, classic instruments, and occasional use of strings.

Herald K is based in Austria, Vienna—an international artist, so gives it a try and listen to Arethusa, check it out and follow the artist on Spotify!

Dream of a Man in a Top Hat‘s new single, “Cold Hard Dirt,” is a song for a night out in the city with your friends who are fans of psychedelic music. Be surprised by their intriguing way of doing music.

The song is part alt-country, part folktronica, and part indie folk-rock—a combination that gives it a distinctly melting feel.

The band’s vocals are dreamy and full-bodied, while the instrumentals are layered and quirk, with layers of synthesizers and even something like country twang.

The result is an entrancing sound that’s both modern and vintage at the same time. If you’re looking for something new to listen to this weekend, check out “Cold Hard Dirt” by Dream of a Man in a Top Hat on Spotify and follow the band!

Chandler is a folk-pop singer-songwriter from Los Angeles. His EP Moments Asleep is a soulful collection of songs that are equal parts catchy and deep.

The album opens with Fake Chanel, which starts out with a simple acoustic guitar melody before giving way to Chandler’s smooth voice, as he sings about being in love.

The song features some excellent harmonies and intricate instrumentation that give it an almost Brazilian Bossa Nova feel at times.

The track Poser is another great track with strong vocals and solid instrumentation that showcases Chandler’s range as an artist. It’s a soft rock that is just amazing. It’s pop and sweet for our ears, so check it out and follow the artist on Spotify!

Carolee Rainey has a sound that’s both easy and familiar. Her new single, Serendipity, is a folk-pop tune with lots of layers and depth—it’s got everything from classic folk-rock sounds to pop-rock buildups, and it’s all backed by Rainey’s incredible voice.

Carolee Rainey is an indie folk singer-songwriter based in New York City. She will be releasing her fourth album this year, and she’s been working hard since then. The album blends influences from Joni Mitchell and Ella Fitzgerald to Brandi Carlile and Ed Sheeran, managing to be both contemporary and nostalgic.

She has a unique sound that blends classic soft rock with the easy-listening vibe of the ’70s. The single “Serendipity” is an example of her sound at its best: it’s got classic folk-pop instrumentation with some classic folk-rock elements thrown in for good measure.

It works well because it’s not too poppy or too folky: it feels like something you’ve heard before but hasn’t quite put your finger on until now. If you’re into artists like James Taylor or Fleetwood Mac, check out Carolee Rainey and follow the artist on Spotify!

Stephen Foster is a singer-songwriter who has released an EP called Sharing Perils. He is based in the US, in Santa Cruz, California.

The EP is an acoustic folk album that combines indie folk with cinematic elements to create an incredibly moving listening experience that will stay with you long after your first listen.

The songs are deeply complex and layered, with each layer subtly supporting another to build up a rich soundscape that reflects sentimentalism.

The lyrics are thoughtful and poetic, and Stephen Foster’s voice is clear and easy to connect with—it’s no wonder he’s been compared to some of the greatest singer-songwriters of our time by the producers of PopHits.Co!

Our favourite song is Desolate Cities, but if you’re looking for something new and interesting to listen to this summer, check out Stephen Foster’s EP Sharing Perils and follow the artist on Spotify!

The Day Jeff Buckley Died is a single by ELLERY TWINING, an indie folk artist from Mystic, CT.

The song is a beautiful blend of acoustic and melodic pop rock that transports you to another world. It has a very nostalgic feel to it as if you’re listening to an old favourite for the first time.

The vocals are soft and soothing, built up as speech instead of singing words, but the instrumentals are also very engaging—the guitar really stands out in this track.

If you’re looking for some relaxing music after a long day at work or school, I highly recommend this single by ELLERY TWINING, so check it out and follow the artist on BandCamp!

MOUNTAIN TOWN is a classic indie folk band based in the United States, Park City, Utah. The band has released their newest album, Far From Home.

The songs are produced using a mixture of acoustic instruments and synths, with a focus on soft rock and classic country influences. The vocals are delivered with a smooth, male voice that will draw you into the album. You are going to find nine beautiful songs, and our favourite is “This Highway Ends”.

This is a great album for those who enjoy alt-country or Americana music. It’s also perfect for those looking for something soft and soothing to listen to during their commute or while driving.

The lyrics are poetics and as with any country album, it makes you want to dance around. Check it out, we commend you to listen to the full album, and follow the artist on Spotify!

If you’re a fan of LoFi indie folk music, you need to check out Alan Caruso‘s new EP.

Alan Caruso is a singer-songwriter based in London who is gaining popularity for his acoustic sound and heartfelt lyrics approaching topics such as “How to change the world”.

His EP “Caruso – Is Like So…”, is a collection of three songs about life’s ups and downs, but through it all, he maintains an upbeat and optimistic tone, still questioning “Do I have A Purpose?”, as the title of the first track.

If you like alt-country or alt-folk, or if you just love acoustic music with male vocals and some lo-fi elements, this is an album for you, check it out and follow the artist on Spotify!