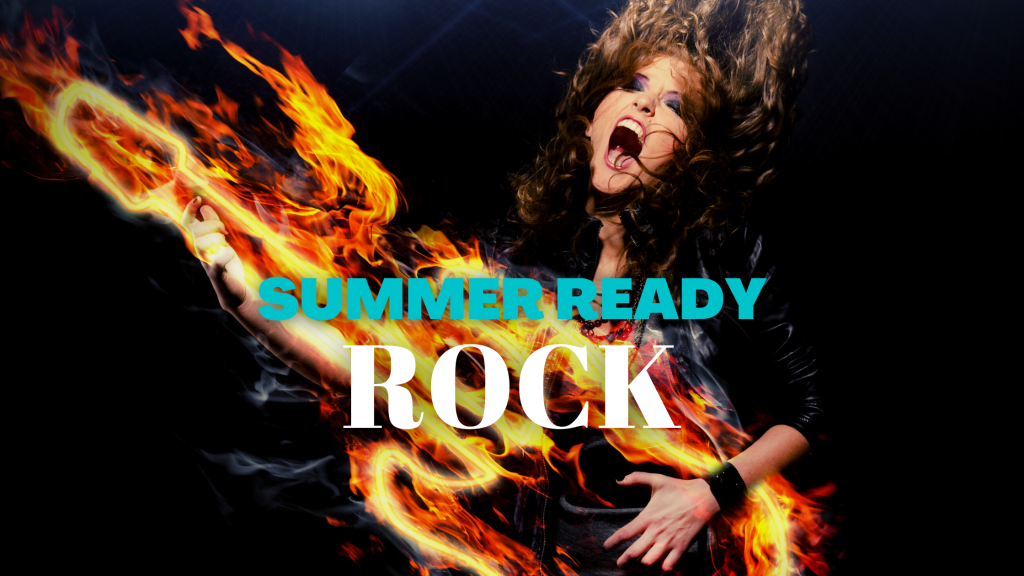 Summer is coming and it’s time to start looking for indie rock songs to add to your playlist. I’ve been thinking about the best way to do this, and have come up with a list of 10 artists that have some great tracks this summer.

This summer is here, and that means music festivals everywhere. Whether it’s a small outdoor festival or a big outdoor festival, there are plenty on the calendar. If the heat isn’t enough to get you dancing, then these indie rock songs will be.

The amazing independent music scene is one of the best places where you can find all types of rock, downtempo, upbeat, as well as many songs that will make you want to chill out and relax.

In the past few months, I have been listening to the following indie musicians and it has been really inspiring. Each song is unique in its own way and has made for a great experience for me.

If you love indie rock music and are looking for some new artists, I’m sharing a playlist of some artists that really stood out to me. You can listen to the full playlist below or check out each artist individually by scrolling down the page.

It’s no secret that the UK’s music scene is on fire right now. From indie rockers pop-punk bands, it seems like every town in the country has a band that’s just waiting to be discovered. And if you’re looking for your next favorite band, we’ve got you covered.

This indie rock song will give you that warm, fuzzy feeling this summer,it’s the new single from BOWFINGER. The track is called “C’mon,” and it’s the perfect pop-punk anthem to get you through a long day at work.

But what sets it apart from other artists in this space is its nostalgic vibe—you’ll feel like you’re listening to something from your childhood! The 70s vibe is very pleasant and who dosn’t like to time travel hrough music?

This single has been well-received by critics, who praise its simple but effective melodies and memorable lyrics. Fans will be pleased to know that the band is back —and if you follow them on Spotify, you can get a notification when they come near your neighborhood!

If you’ve been looking for some new rock music to add to your summer playlist, you’re in luck! We’ve got a brand new indie rock song from a Melbourne-based female singer-songwriter who’s been described as unique.

Yeah, it’s rock, but also, the song has a 90s rock vibe to it, with soft vocals and an easy listening sound that will be sure to help you unwind after a long day. It’s perfect for chilling out at home or on a road trip.

If you like what you hear, don’t forget to check out Leela Misel’s profiles and Spotify.

If you’re an indie rock fan, then you need to know about CITIES IN DUST.

The Other Son is a song that is perfect for summer—it’s got a great mix of synth, alternative rock, and indie rock that makes it feel like you’re cruising down the highway in a convertible with all of your friends. The vocals are strong and confident, but also soothing and calming. It’s the kind of song that makes you want to get out of the house and go somewhere new.

CITIES IN DUST is based in Reading, United Kingdom and has been releasing music on Spotiofy since 2021.

If you’re interested in hearing more from Cities in Dust or just want to see what all the hype is about, check out their Spotify page. You can follow them on Spotify to keep up with their latest releases!

4) COMPRADOR – Don’t Worry About It

Attention, this is art! The concept record “Don’t Worry About It” by COMPRADOR was originally intended to convey the story of the mythological Greek inventor Daedalus and his son Icarus.

The two are, in a manner identical to the Greek myth, imprisoned by the Minoan court and, as time goes on, attempt to escape with synthetic wings from the island of Crete; however, the sun melts Icarus’ wings, causing him to plummet into the sea, drowning, and leaving Daedalus entirely alone and consumed by guilt.

“Trying to present this story through lyrics felt clinical and emotionally detached, and this effort occupied a significant portion of late 2020 and 2021”

The band is based in Philadelphia and calls itself “dream pop” or “gothic rock” but I’d say it’s more like a mix of grunge, art rock, and shoegaze. The vocals are really dreamy and washed out—like if you were being seduced by someone who was lying next to you on the beach while staring up at the stars.

Lose In The Dark is my faourite track, and If you want to check out their new album or follow them on Spotify, head over to the button below. Give them your support.

This is a song I’ve been listening to all week. It’s called SnakeHips’n’LizardLips by MA9NA (or MA-NINE-NUH, if you want to be fancy). This band is from Australia, and they produce some of the most creative and fun indie rock I’ve heard this week.

The song is upbeat and catchy—it has a great beat, which makes it perfect for driving around town or blasting at a party. Great guitar and the vocals are very distinctive—the singer has a really unique voice that stands out in this kind of music. If you’re into pop music but you’re looking for something more rocky old-school and different, this might be the band for you!

Check their previous releases and follow the band on Spotify.

6) RICHARD BANDINI – A Hymn To The Beauty Of Silhouettes

This summer, you’ll want to make sure you’re looking out for the band Richard Bandini. They just released their new album A Hymn To The Beauty Of Silhouettes and it’s a must-listen.

The band is based in Chicago, and they play Americana, folk rock, alt rock, art rock and nostalgic songs that blend soft rock with male vocals. Their sound is timeless—it will be as relevant tomorrow as it is today.

With ‘Bowles’ as the album’s opening track, the listener is transported into a world of indelible emotions that show just how talented Bandini is.
This album explores themes including lost opportunities, letting go of the past, appreciating what you have, and appreciating what you have, with each track building on the last in an attempt to make an album that is bound to endure.

“A Hymn to the Beauty of Silhouettes’ will resonate with audiences that enjoy intellectually crafted music that is more than the disposable pop that dominates the industry today.”

You can listen to Richard Bandini on Spotify now!

I have to say, I’m really excited about this new single from David Hopia. There’s a lot of indie rock out there, but this is one that really stands out for me.

It’s got such a great sound, with a vocalist who really knows how to get into your head. And the lyrics are just… so good! I mean, they’re kind of mysterious and ominous sometimas—but in a way that makes you want to listen again and again.

It’s just the kind of song that makes you want to turn up the volume and sing along at the top of your lungs while you drive down the road with all your windows open on a hot summer day. If that sounds like something you’d be into (and if not… why wouldn’t it?!) then go check out Can’t Wait Another Day by David Hopia on Spotify and follow the artist!

The Rolf is an alternative rock band based in Stockholm, Sweden. The group has just released a new single called Wrong Turn/U-Turn. The song is a perfect mix of garage rock and post-punk, with Scandinavian influences and lots of catchy melodies that will get stuck in your head for days.

The single is a follow-up to the band’s last single You Are Here. If you’re familiar with The Rolf’s previous work, then you know what to expect—but if this is your first time hearing them, prepare to be blown away, I just loved their sound, for real!

If you love indie rock music from Sweden or just want to see what else is out there in Scandinavia, definitely check out this band! Follow the band on Spotify.

9) JAMES SEBASTIAN – Lexi On My Mind

I’m so excited to share this new single from JAMES SEBASTIAN with you! It’s called Lexi On My Mind and it’s the perfect song for your next party playlist.

The band is based in the United Kingdom, Exeter, and plays a mix of bluesy rock tunes with a hint of glam rock.

The song itself is rhythmic and uplifting, with a classic rock guitar solo that will make you feel like you’re back in the 70s or 80s listening to Bowie or Fleetwood Mac.

If you love retro guitars, British bands, upbeat music with male vocals, or just good old-fashioned rock and roll—then this song is for YOU!

Listen to Lexi On My Mind on Spotify and follow the artist.

The rawest single to date from Swiss artist and multi-instrumentalist Callipolis bursts with soaring guitars reminiscent of the early Muse days and his trademark industrial percussion. “Heatless Love” is a bold anthem of passion and deceit that is written as an exorcism of love dressed up in gothic alternative rock.

They describe their sound as “alt rock with a twist.” We’d say it’s more like “art rock with an edge.” Either way, it’s fun! You can check out their latest single on Spotify, follow the band and give them your support.