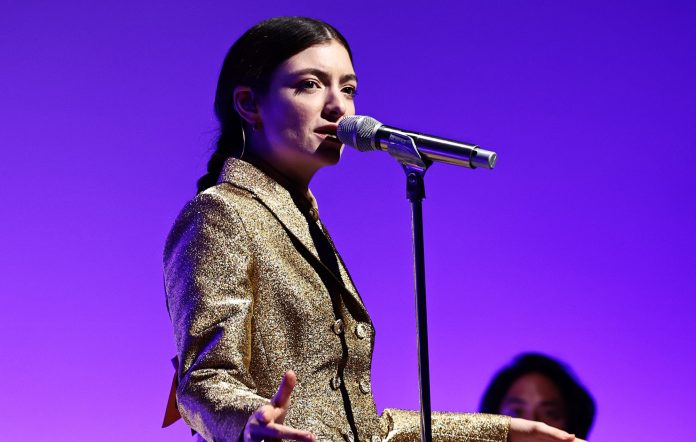 In fact, she asked them to stop talking during a performance of a song from her ‘Melodrama’ album.

If Lorde asks you to quiet down, she has a reason. According to a video she reportedly shared over the weekend, in which she explained the viral mash-up of clips in which she repeatedly gestures for her audience to turn off the lights as she sings the ballad “Writer in the Dark” from her 2017 sophomore album Melodrama.

According to the @lordecontent account, a drowsy Ella says: “OK, I just woke up. I just wanted to talk about this thing of me shushing people at my shows,” while laying in bed with an eye mask pushed up onto her forehead. “That was something I did in that one song, a couple of times, when I wanted to sing it a capella and/ or off the microphone so people could hear me and because I wanted to try something different. If you come to my shows, you know it’s like an hour and a half of all of us singing and screaming together.”

Not for nothing, she says near the end, “that dramatic-ass move was literally for an album called Melodrama, so… don’t stress too hard.”