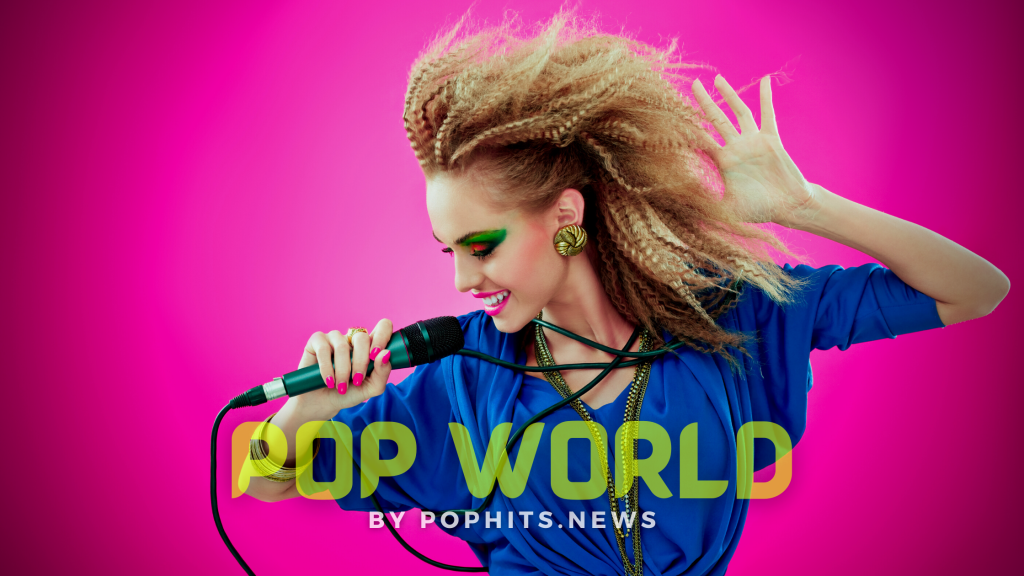 Everyone loves an indie pop tune, right? But finding the latest and greatest music can be a lot harder than it seems.

Don’t fret, the producers of PopHits.Co provided a collection of songs below which you may not be familiar with.

Pop music is all around us. We have pop stars that we love and indulge in as much as possible. But there are times when we feel like listening to something different and switch over to indie pop songs. The thing is, you need to refresh your playlist every now and then. And here is why:

Currently, many independent artists are producing pop music and mixing it with something else, which could be pop and R&B, pop and rock, pop and Latin, or Jazz and Blues. It is for this reason that we can confidently say that pop music is everywhere today.

The truth is that every week we are receiving new high-quality pop music that has a sugar-coating feel to it.

In this article, we’ve hand-picked some of the best sugar-coated pop songs that were released recently. We hope you will enjoy this compilation as it’s pure modern indie pop.

After reading this article, all you have to do is share some sweet jams with all your friends. You can listen to our full playlist which contains the artists’ music, and know more about the artists by scrolling down the page.

The new single from KIT CITRINE, Stardust, is a love song that combines strong female vocals with pop rock, a contemporary sound based on US pop influences.

The song starts with a dreamy, ambient soundscape before breaking into an upbeat pop beat. The vocals are performed in a way that reminds me of Liz Phair and Alanis Morissette’s style of singing: very raw and emotional.

The lyrics are quite simple but effective as they tell a story about a non-binary person who’s been trying to express their feelings. In our opinion, it works, as the artist is an openly genderfluid and non-binary person, which is why the release of the song, on July 14, coincides with World Non-Binary Day, which celebrates non-binary people not only in the US but around the world.

This song would definitely be suitable for any occasion where we want to feel happy, relaxed and romantic at the same time. It’s not too creamy or cheesy at all – just right! Check out the artist portfolio and follow them on Spotify.

The Australian indie-pop band Taylor B-W has just released their single, Tears Of Coal. The track is a beautiful blend of folk-pop and electronic music. It opens with a dramatic, cinematic introduction that leads into a catchy dance beat and some impressive vocal work by the lead singer.

The song has an emotional vibe and features an ethereal vocal before transitioning into a light melody that builds into an anthemic chorus. The lyrics are personal and relatable while also being universal—you’ll be singing along to every word.

You should check out Taylor B-W’s other songs too—she has so many great ones! And follow her on Spotify so that she can get the deserved support for all the work she does to create awesome music for us all.

If you’re a fan of dream pop and alternative music, then you should definitely check out 7KY‘s new single “Terrible Things”. The song is a beautiful combination of electronic effects, upbeat drums and male and female vocals, which is featuring the singer Avonlea, who is absolutely amazing and had over 9 million plays on her Spotify.

7ky (pronounced Sky), a producer who is only 22 years old, could find a formula for his music that is super catchy, romantic, sexy and has a great beat that will keep you dancing all night… Genius!

The producer is an independent artist based in Las Vegas, Nevada. His music is the perfect blend of alternative futuristic pop with synth-pop vibe elements. Whether you’re looking to relax with some downtempo tunes or get your groove on with some extraterrestrial beats, 7KY has something for everyone.

If you like what you hear from this single, be sure to follow 7KY on Spotify so as not to miss their next release!

Eva Westphal is a folk-pop singer and songwriter based in New York, who released her debut EP, Beautiful Little Life, this month. The 6-track EP features her vocals along with piano and guitar accompaniment, but be prepared, it’s pure orchestral sound.

It’s a contemporary take on the indie sound that will appeal to fans of soft bands like Mumford and Sons and Fleet Foxes—but it also has a commercial pop feel that makes it easy for anyone to enjoy.

The EP’s first single, “Beautiful Little Life” is an amazing downbeat track about not being able to get over someone else but how beautiful it actually is to be able to develop self-love.

Most of the tracks are more introspective, as Westphal sings about how she knows she isn’t perfect but that doesn’t stop her from loving herself anyway.

Overall, Westphal’s new EP is full of soft sounds and easy-to-listen-to melodies that will appeal to fans of romantic contemporary music. Check it out and follow the artist on Spotify.

I’m all about discovery, and there are few artists I’ve stumbled upon that have made me feel as excited as President Street. This is a band you’re going to want to get close to because they’re just amazing.

Their latest single is called Heal and it’s the perfect introduction to their sound: a blend of dream pop with r&b, with a commercial appeal that’s sure to get your ears perking up. You can even identify similarities with Mariah Carey’s music style, but with a modern twist.

Their sound is distinctly Australian—influences that you can hear in the lyrics and instrumentals—but it also feels like it could be hitting the charts worldwide. If you’re looking for something new to listen to but don’t want anything too experimental, give this one a chance! Check it out and follow the band on Spotify.

If you’re looking for a song to get you through the weekend, look no further. PASES has just released a new single, and it’s the perfect mix of dark pop and alt-rock. It’s got a catchy hook and some super edgy instrumentals.

PASES is based out of London, England, but the band members Charlotte Tattam and Louis Forsyth are from all over the world in terms of influences and culture. Their influences include artists like Grandson, Pvris, MISSIO, Billie Eilish and X Ambassadors.

PASES released their second single with this track. In the wake of an acclaimed debut track, this hotly anticipated follow-up is a perfect choice, and we can say that it’s a powerful alt-pop/rock track with lots of passion and punch. You can check it out on follow them on Spotify now!

Indie pop fans, we’ve got a great one for you. SADIE NIX is an up-and-coming artist from Brighton who has just released her second single, “Same Song.”

The track has all the hallmarks of an indie pop anthem: amazing female vocals, vocal dance sound, super catchy, features of a classic pop hit, and UK pop culture references. Not to mention her sweet voice but rockstar style.

The song opens with a slow build and then bursts into a chorus that will have you singing along before you even realize it. It’s a perfect way to kick off summer parties or set the mood for a night in with friends. Check it out and follow the artist on Spotify!

A_SHES is a London-based artist who has been involved with music for some time but started releasing on Spotify this year. His latest single, “Party Politics”, is a blend of dream pop and alternative indie rock.

The track features A_SHES’ unique vocals over an upbeat dance beat that will have you dancing in your seat (whether you like it or not). The most impressive is that this guy is making music, part-time, by himself with his laptop. What a talent!

The song’s lyrics are about the joys of youth—and A_SHES makes sure to get this message across by writing catchy lines directed exactly to the young generation who were very impacted during the pandemic. The song’s catchy chorus will keep you singing along throughout the whole song!

This song is perfect for anyone who loves uplifting pop music but wants something slightly different than what they usually hear on the radio. Check it out and follow the artist on Spotify.

If you’re looking for a new anthem to get you through the week and into your weekend, LOCKYER BOYS‘ sound is a good option.

The track LATKD is a pop rock banger with an anthemic vibe, which is the perfect combination for a summertime jam! The song is upbeat and catchy, with heavy drums and a chorus that will get stuck in your head for days. It’s got that classic melodic pop rock feel, but with a modern twist.

Founded in Toronto, the band is made up of two members, and they are gaining attention from a very young audience, who see in their music style and lyrics a rebellious attitude toward life, but in a positive and happy way.

Check it out, watch their high-quality and cinematographic music video and follow the band on Spotify.

Toronto-based indie pop artist Ally Cribb is back with a new single, and it’s going to make you want to rock and wave your head.

The song is called “Bigger,” and it’s got the feel of a pop anthem. She is releasing a music video as well, there are scenes of Ally singing in a studio mixed with images of her walking alone in the middle of a forest, and her emotions are evident in the video, which makes the formula even better. Our hearts beat faster when we hear this!

Her vocals on this track are so beautiful, and the rocky vibe of her music creates a wonderful contrast between the delicate voice and the heavier tune. You should definitely check out the entire “Unbroken” album since it was released recently and is full of fresh and high-quality pop music.

Overall Ally’s sound is commercial but also has a little bit of an edge—it feels like something that could really catch on, especially in Canada, the US and in the United Kingdon.

Ally Cribb is waiting for you to check it out, watch her music video and follow her on Spotify for supporting her art.