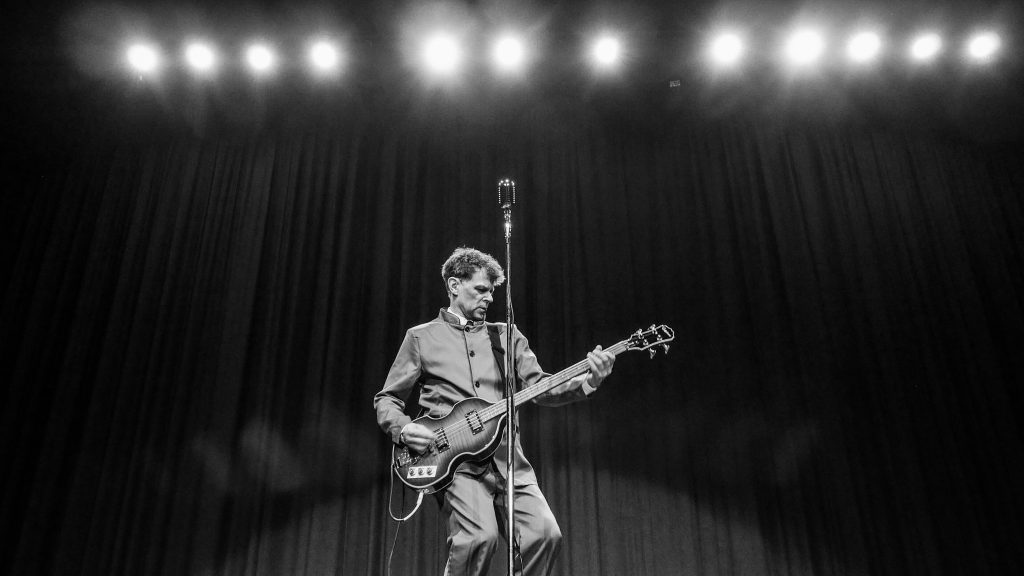 Rich Chambers is an independent Canadian artist on a mission to get his energetic music out. After releasing several singles and working the road he decided to diversify and experiment with funk, blues and rock.

His latest release is a cover version of the song “I Saw Her Standing There” which is a combination of Rock, Blues and both genres, resulting in a delightful and energetic sound that makes listeners want to move their feet.

In Rich’s Spotify profile, we can see that his skill as a songwriter ensures the listener will have a more enjoyable experience. This ability to learn from the past without being trapped by the present makes his music fresh while having enough room to enjoy the familiar tunes.

The story behind Rich Chambers is one that isn’t too unusual in the world of music, yet could also be considered somewhat unique. While his career has seen several different musical paths and stops, Chambers began performing and writing music at age 11.

At a very young age, Rich wrote songs and went to plays, took guitar lessons and played in church, but what he loves is Rock.

All of these things were great fun for him, but he ultimately just wanted to make a living by doing what he loved most — writing and performing music. He had no idea of the twists and turns his early years would lead him to explore (and eventually enjoy). The one thing that never changed however was his ambition.

Rich Chambers has been a staple in the indie rock music scene for years. Chambers represents everything that fans love about indie artists – creativity, vision, and a passion for what he does.

With his latest record – “I Saw Her Standing There” – Chambers is making a statement to aspiring singers/songwriters everywhere: come at me. With infectious melodies, a great story to tell, and an authentic personality to match, Chambers is reviving 70s pop-rock music in the 2022s with this release.

We love Rich Chambers here at PopHits.News. His latest release made us dance! It’s so catchy; we literally can’t get it out of our heads. Watch Rich’s interview for the music TV channel SuperPop.TV, and his music video that comes next. Don’t forget to follow the artist on Spotify to support his art.