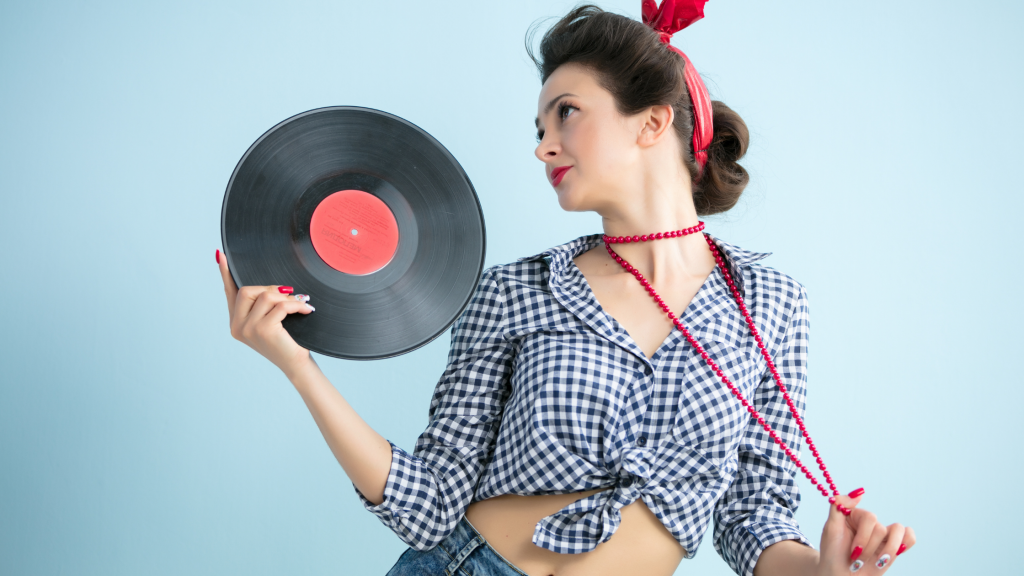 There’s a whole new generation of young artists bringing back the vintage style, playing authentic instruments and singing in a unique style that you won’t hear anywhere else.

The independent singers that are behind this new alternative music style, have decided to follow the steps of the great musicians of the past and try to brighten up our days with a little bit of their magic.

These artists have a real passion for all things retro vintage, whether it’s retro or pre-war music. And they are bringing their own unique touches to this timeless sound.

They are young, many are from the millennials generation, and by choice decided to be artists who sing, and also live, in the vintage style back to the 80s, 70s or even 60s, just like their favourite old-time songs.

Using the vintage style in all its aspects, they have managed to recreate the scenes, clothes and the atmosphere of the old times.

Their videos are full of vintage music and they have even chosen antique instruments such as a gramophone.

They show us perfect sceneries which are meant to look like an old black and white movie, with incredible special effects, scenes and costumes.

Vintage style is not just about music — it’s also about fashion, art and culture. If you love all things vintage, you’ll want to check out these amazing young artists and their music:

A new generation of artists is rediscovering the music of yesteryear.

In fact, many young people are starting to turn their backs on modern pop music and instead embrace the sounds of vintage jazz, swing, blues, R&B and rockabilly.

But how did they discover such old-fashioned styles? And why do they prefer it to contemporary music?

For most of them, it started with their parents’ record collections. Many of today’s young artists were exposed to their parents’ musical tastes as children, and this left a lasting impression on them.

With their interest piqued by what they heard at home, many have gone on to explore other vintage styles for themselves.

And for some young people, these old-fashioned sounds are a way for them to express themselves creatively without feeling like they’re just “going with the flow”.

These musicians also tend to share one thing in common – an aversion to modern mainstream pop and commercial music. They think it all sounds the same and that there’s nothing about it that stands out anymore.

For some of them, the sounds of old-time jazz, swing and blues are more appealing because each artist has a unique style – no two songs from that era sound the same.

For the past couple of years, a new crop of young female singers has also started making a mark on the music industry by taking music from yesterday and making it sound like today.

The artists range from 20-something to 30-something, but all share an affinity for music from decades ago. Some were introduced to this music inspired by movies like “American Graffiti” and “Grease.” Whatever the case, they’ve developed a unique style that has helped them stand out from the crowd in an increasingly crowded pop landscape.

A common theme among these singers is that they’re mixing their love of vintage sounds with modern production techniques. But what is really vintage?

The meaning of vintage when it comes to music is not well defined. For some people, vintage can mean anything from the ‘60s or ‘70s up to the ‘90s. Younger people might call something from the 2000s vintage too.

Some characteristics that make music sound vintage are:

The use of acoustic instruments such as acoustic guitar and upright bass.

A lo-fi recording quality as opposed to a high-quality one (this is somewhat subjective). For example, an old Shure SM57 microphone with lots of EQ and reverb on it might be considered

Where to find them?

These vintage-style singers can be found on iTunes, Amazon Music and other places where you can buy songs online. Their music is usually available in mp3 format and can be easily downloaded to your computer or smartphone. Some of them produce electronic dance music instead of old-school pop, but there’s no doubt about it: these young people have a unique approach to making music!

Vintage artists will often have a distinct look or style that distinguishes them from other artists of their era. Some vintage artists will wear black leather jackets with fringe on their sleeves or pants; others will dress in vintage clothing from past decades. Other artists may be found wearing cowboy hats or cowboy boots with jeans and a t-shirt underneath.

Actually, doesn’t matter the style, there’s no doubt that young artists singing old-style can open up a world of creativity for the popular demographic audience. It is a way to see great up and coming talent and hear classic sounds in a different voice. Listening to this type of music gives a sense of nostalgia and romance that some of today’s music lacks.

Let’s put together a playlist with the artists that we have showcased so far, and much more… Check it out here, like and follow us on Spotify.