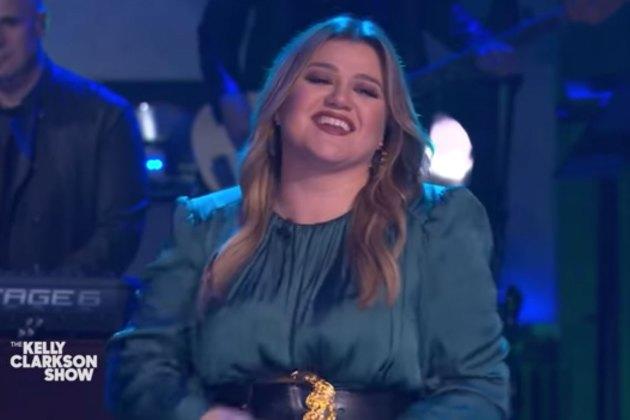 Her vocal prowess was on full display during her performance of “Dancing in the Street.”

On Monday’s episode (April 4) of The Kelly Clarkson Show, Clarkson went back to a Motown classic.

In this episode of Kellyoke, Clarkson covered Martha Reeves & The Vandellas’ “Dancing in the Street.” Wearing a belted teal dress and black boots, Clarkson and her backup singers did their best impression of the 1960s vocal girl group while making the song their own with some impressive high notes.

Marvin Gaye, Mickey Stevenson, and Ivy Jo Hunter wrote: “Dancing in the Street” for Motown. The song reached No. 2 on the Billboard Hot 100 in 1964 and has been covered numerous times. Mamas & the Papas, The Kinks, the Grateful Dead and Van Halen have all covered the song, but its most notable cover is probably the duet between Mick Jagger and David Bowie, released in 1985. In a memorable music video for the song, the two legends dance on the streets of London. On the Hot 100, the Bowie/Jagger version reached No. 7.

“Callin’ out around the world/ Are you ready for a new beat? Summer’s here and it’s time for dancing in the street,” the 39-year-old singer sang, making the song a fitting choice considering the upcoming summer months.