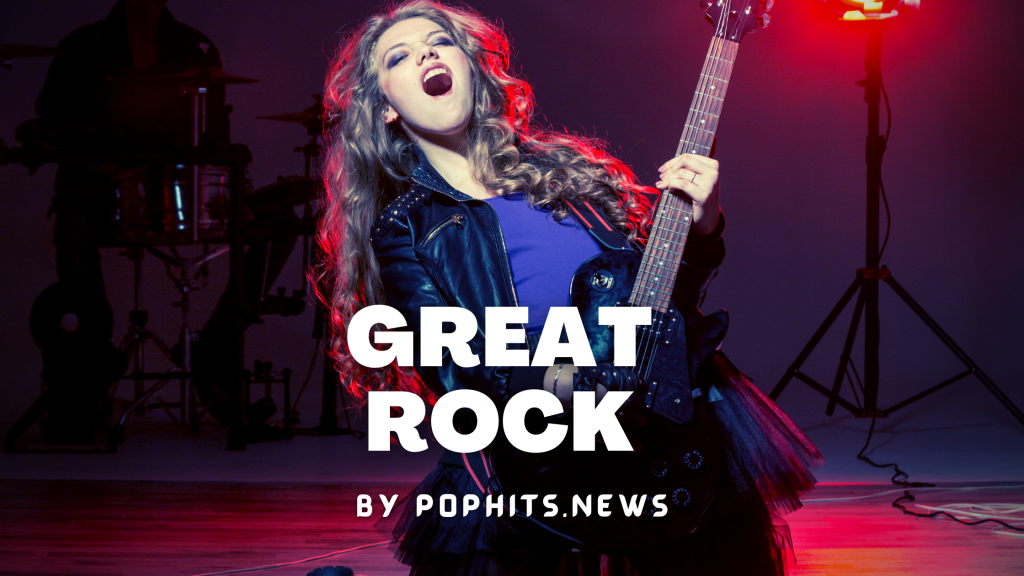 The Indie Rock Revolution is still going strong. From the very early days of paving the way for a new breed of music in the latter half of the 1960s.

The indie music scene enjoyed its ups and downs in popularity but never really left the mainstream. Indie rock owes its success to unknown artists – the independent artists and today I would like to introduce you to some great indie artists who deserve more attention.

I’ve become fond of discovering new indie rock artists and today I thought I’d share some of my discoveries with you.

I’m sure they will be considered a significant discovery by most lovers of rock music, and I’m not sure if you will equally consider their music; however, they are on our playlist and worth listening to for sure.

You can listen to the full playlist below, or check out each artist individually by scrolling down the page.

I just discovered a new indie rock artist who I think you’re going to love and laugh a lot. No joke! They are hilarious.

The band Weed N’ Stiff is based in Reno, Nevada and released their album, Ron, on Spotify this week. I’m starting with this album because it’s pure comedy.

You’ll hear 80’s rock vibes, synth-heavy rock, super comedy and melodic pop-rock, but there’s also something else that makes Ron stand out from other albums of its kind: art rock.

The songs are so trash style and at the same time carefully crafted that they feel more like a piece of comic art than just another album by a band you’ve never heard of before.

Each song has its own distinct style and vibe—from the funny vocals on “Squeeze of Cream” to the biting sarcasm in “Arcade City”.

If you’re looking for an album that will make you laugh and surprise you with its diversity, while still giving you something familiar and fun to listen to, then this is definitely worth checking out! Check it out and follow the artist on Spotify.

Last week, I discovered a song by an independent musician named COS. I was looking for something new to listen to, and this album immediately caught my attention.

The singer is based in the United States, New City, and he has a voice that’s so unique that it’s hard not to get hooked on his music.

He defines himself as an unknown artist but has the experience and has been making music for some years and has song releases since 2016, but this is his third time releasing an album as an independent artist on Spotify.

The album is called “Grace,” and it’s full of alternative indie rock songs that are perfect for anyone who loves 80’s rock or art-rock. The singer-songwriter incorporates elements of electro into his music as well, which makes for some really interesting soundscapes throughout the album.

I suggest you listen to Next Time I’m in Town, there are many layers of sounds and I just loved the dynamic of his music and the way it was built on that track.

If you like male vocals and alternative indie rock music with a twist, then check out COS and follow him on Spotify!

3) MO DOUGLAS – The Most Expensive Restaurant In Portland

If you’re looking for some great indie rock music with a nostalgic hint to get you through the day, we’ve got just the thing.

“The Most Expensive Restaurant in Portland”, the new tune from Mo Douglas, conjures up hypnotic nostalgia. As the album opens, twanging guitars and a pulsating rhythmic fervour signify Douglas’ masterful blending of garage rock, psychedelia, and funk.

Currently, Mo lives in Portland, Oregon and has been performing for a number of years. However, he has been publishing his songs on Spotify since 2020. Definitely worth checking out some of his previous releases.

Especially if you are a fan of the 80’s vibe and rock, then this is definitely worth checking out! Make sure to check out his music and follow the artist on Spotify.

If you’re a fan of the post-punk, psychedelic, female vocalist, Nordic sound, then it’s time to check out TROLN. The band is based in Denmark and is ready to blow your mind with their single “Says Abraham.”

The song starts off slow but builds up to an intense chorus and powerful ending. The singer has a powerful voice that will have you hooked from the first note.

“Says Abraham is a song about devotion to a person, a god or a spiritual leader- not necessarily in a good way. The song is rooted in a violent organ riff from which the story about a creature ‘Abraham’ arises with the sound and drama of a murder ballad”

With its psychedelic rock/postpunk/neo-noir goth-pop-music, it possesses a love of darkness as well as romance with both heavy industrial beats and ethereal melodic lightness. This song gives the listener an insight into the way the human heart craves meaning and connection, neon-lit cities, dark forests, and strange emotions.

Don’t miss out on this indie gem! Follow them on Spotify to stay up-to-date with their latest releases and upcoming shows.

I was so surprised when I stumbled upon this band called KARGYR. I had no idea what to expect, but I’m happy to say that their single Chronophobic has really won me over.

The singer is based in Lyon, France—and his voice is amazing! It’s got a nice balance of melodic and harsh vocals, which is perfect for me because it doesn’t sound too much like either extreme. The instrumentals are also balanced well: they’re not too heavy or too light.

“I’ve been a prog metal fan/composer for 10 years now and I present to you the first-ever prog-metal record made between 6 mattresses in a little french garage!”

This song has some prog rock influences as well as death metal and melodic metal ones—it’s got kind of a mixed bag of sounds that all work together well. You can check it out on Spotify right now and don’t forget to follow the artist!

6) EAR CANDY – Take My Dreams Away

If you’re looking for some new indie pop and rock music to listen to, we’ve got the perfect recommendation for you!

The band is called EAR CANDY and they just released a new single about a month ago, called Take My Dreams Away. The singer is based in the United Kingdom, Ringwood, and he has a great voice.

His music is alternative indie rock with a pop twist. It’s got some great riffs and melodies, with a few electronic elements thrown in for good measure. It’s also really catchy—if you’re not singing along by the end of the first chorus, then something must be wrong with your ears!

The lyrics have a specific meaning, as mentioned by the artist:

“There is always that person who is always there to suck away all of your hopes and dreams and think they know what’s best. this one goes out to them and how we don’t need their approval to achieve our ambitions.”

Check it out and follow the artist on Spotify!

If you’re looking for some great indie metal rock music, look no further than THE INFINITY PROCESS. The new single from this Toledo-based band is called Losing Reality, and it’s everything you could want in a song: hard rock, melodic metal, female vocals, and alternative.

This band has been around publishing songs on Spotify since 2020, but they’ve got noticed by the wider world already.

Using others to get what they want no matter how much it costs is the theme of Losing Reality, which is about how some people are void of all emotion, empathy and the basic things that make you human.

“For those fans who heard our last release, “SINISTER”, this song ties in with that to even further describe the evil forces at work in the world and how some people live to manipulate and control others.”

The Infinity Process is definitely worth checking out! You can listen to them on Spotify and also watch their lyric video below.

When I heard the single “A Dystopian Love Song” by Bones in Butter, I was surprised. It’s a song that combines 80’s rock, alternative rock and new wave vibes with male and female vocals in a nostalgic way.

The single is all about love, but not in a typical way. The singer of the band is based in Serbia, Belgrade. He has a very unique sound and his voice gives me chills every time I listen to it.

Their formula combines soft rock with pop melodies to create a nostalgic sound reminiscent of classic bands such as Tears for Fears and Talking Heads, this band is sure to surprise you.

I heard catchy melodies and rhythms that make you want to move but also have enough depth to make you think. And most importantly, I heard an artist who is genuinely excited about creating music—and it shows in his voice and lyrics.

If you like alternative indie rock music, check out this artist on Spotify and watch their music video below!

KATANAK is a singer-songwriter based in Brisbane, Australia. He’s just released his fourth single, Weigh Down, which is an anthem that will get you up and dancing.

The music is alternative indie rock with pop and melodic hooks. It’s the kind of music that makes you want to turn up the volume and sing along—or even bust out some air guitaring!

This is my preferred song on this playlist and really, this guy knows what he is doing. I simply loved it and placed his song on 3 of my personal playlists too!

Dylan Cattanach AKA Katanak is preparing to have a year to remember in 2022. The extra who played Jerry Scheff in the upcoming ELVIS movie by Baz Luhrmann can reveal the role he plays. He has kept silent about his role for two years.

Katanak, who is presently on his first tour, was inspired by this role to create his new single ‘Weigh Down’. There is no looking back now, his career is developing fast.

If you’re looking for some new tunes, check out KATANAK on Spotify, and don’t forget to follow the artist.

As I See It, the latest album from Jacob Rountree, is a collection of folk-rock songs that are sure to surprise you.

The singer-songwriter is based in the United States, Bozeman, and his music has been described as acoustic rock and soft rock. His style is generally considered folk-rock, but it’s also been called alternative indie rock by some critics.

Among Jacob Rountree’s songwriting traits are passion, hypnotic sound, depth, poetry, and diversity. With this project, he has something for everyone, from relaxed introspective acoustic to gritty blues that will get everyone up and dancing.

Having spent nearly three years analyzing and reworking his new album, “As I See It,” it is finally time to enjoy the results of his hard work.

All in all, the album features 10 songs that are sure to make you want to sing along and dance around your living room—or wherever else you choose to listen! Check out his full album, and follow the artist on Spotify