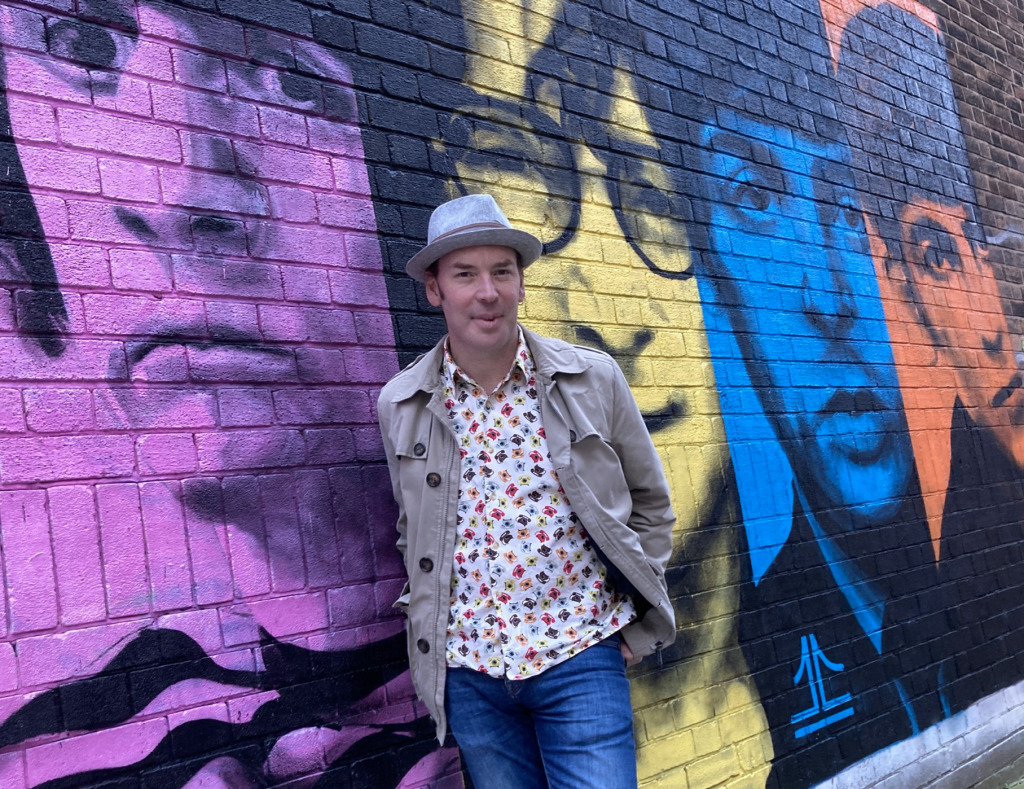 Aza Brown is a British artist based in the United Kingdom. His single, “Afterthought,” is a beautiful blend of retro guitar, psychedelic soundscapes, and cinematic production that lands somewhere between elegance and expression. Not to mention the delicious Latin pop style.

Brown has been making music since he was a child, and his passion for lyrics inspired him to travel to Mexico for an adventure, and develop this amazing project called Afterthought, which also includes an international music video produced independently.

The singer started getting involved with music earlier in life. Since then, he’s been working as an independent artist with a focus on creating songs that evoke what we can call “a sense of wonder.”

The artist is based in Chesterfield in North England but Brown’s influences include retro guitar sounds from the 1960s and 1970s and psychedelic rock from the same era, and the results of this blend are great and very easy listening songs.

You can listen to our full playlist below, which contains Aza Brown’s music, and know more about the artists by scrolling down the page.

“Afterthought”, Aza Brown’s second single of 2022, evokes a gloriously epic Latino soundscape, like that of James Bond taking on the drugs cartels of South America a year after his debut single “Pure Water” which officially announced his arrival on the scene.

As well as having over 50k Spotify streams in the last year, Aza has appeared on Live Radio, Talk Radio with Bob Mills, and Fame Magazine. He was featured on BBC Introducing East Midlands – where Dean Jackson described Aza as “a fascinating guy… multi-faceted.” You can watch the accompanying video shot in Mexico below.

When it comes to Latin pop, Aza Brown is one of the most promising artists out there. The British singer-songwriter and guitarist has been releasing music since 2010, and her latest single Afterthought shows off her incredible talent for creating cinematic music that lands somewhere between elegance and expression.

Brown’s influences include retro guitar sounds from the 1960s and 1970s, psychedelic rock from the same era, and easy listening. Her songs have been featured on several television shows and commercials, including The Flash (one of my personal favourites), Supernatural, Grey’s Anatomy, and Criminal Minds: Beyond Borders.

The new single Afterthought is a perfect example of how Brown combines many different influences into something unique yet familiar—The Latin taste also reminds some of my favourite music genres, Salsa and Brazilian Bossa Nova. We just loved it!

It’s lushly produced with lush instrumentation that never feels too overbearing or overdone; instead, it lets you focus on what matters most: Brown’s voice and lyrics.

Although listening to the narrator initially might imply that he is feeling sorry for himself. The truth soon dawns on them that they were lulled into something much darker!

“The lyrics just came to me straight away with the music, but I wasn’t actually in that morose place of dejection anymore, so I needed a way to turn the song on its head – I integrated my dark side!”

It expresses pensive sadness while remaining upbeat, and contrasts it with an expression of joy. It’s an almost romantic sort of resolution.

Check out his single Afterthought and don’t forget to listen to his previous releases. Also, follow the artist on Spotify.