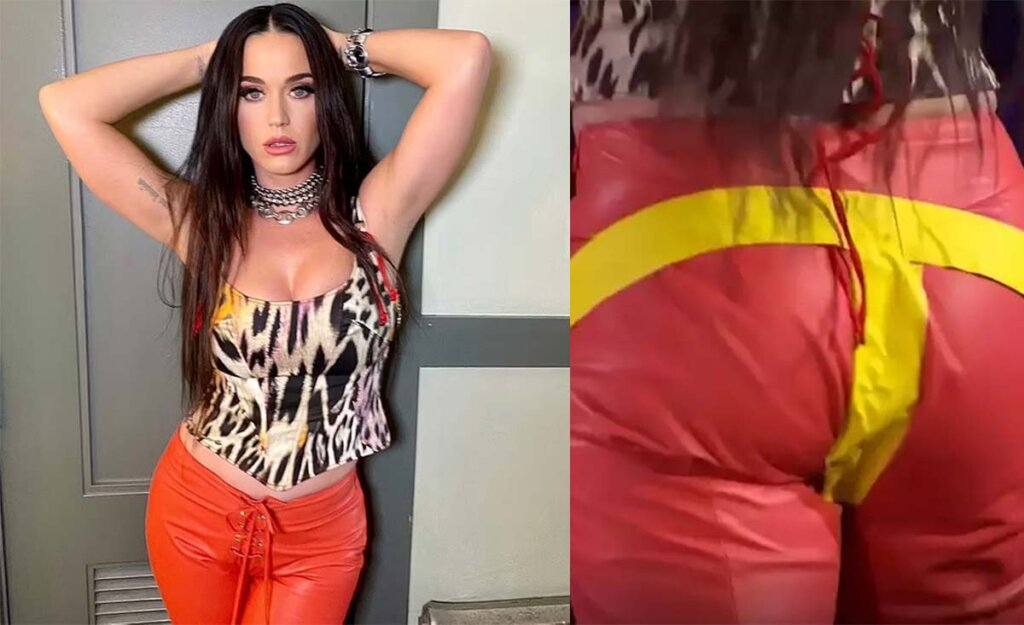 Yes, it was a ‘ripping’ good time.

You can never say that Katy Perry doesn’t leave it all on stage. This meant on Monday’s episode of American Idol, the singer abandoned part of her wardrobe, but not her dignity when her pants took the lyrics to “Teenage Dream” a bit too literally.

As if on cue, during an impromptu performance of the song, Perry bent over in her skintight, salmon coloured leather pants and brought the lyrics to life. The Hollywood round audience of wannabe finalists stared in shock and surprise as Perry turned around to reveal a major malfunction in her Katy junction.

The show played it for laughs, placing the Idol logo over the split while Perry asked her crew, “can we get some gaffer tape?” Soon enough the pants were mended with a yellow cross that went cheek-to-cheek as fellow judge Luke Bryan — who earlier yelled “they busted!” — gave her Katy can a pat to ensure it was all tamed down. Lionel Richie, the third judge, said, “The concert is officially over!”.”

“ima get ur heart racing in my skin-tight jeans on #americanidol,” Perry tweeted along with a video of the incident a short time later. “Tune in now for a RIPPING good time.” When Bryan reminded Perry that Idol is a G-rated family show, Perry shot back, “family, my ass.”