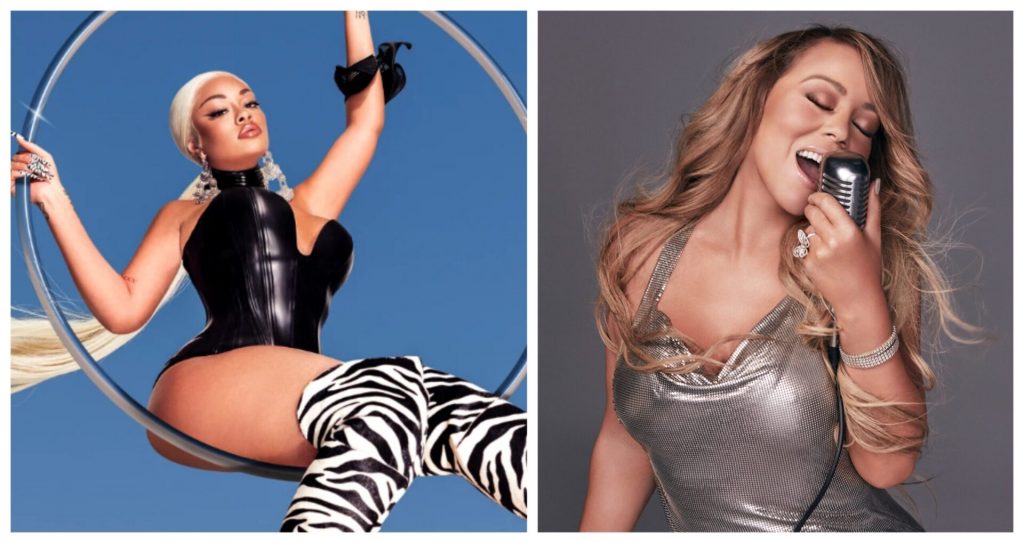 She revisits the iconic opening line of her 2015 smash “Fantasy” before handing the mic over to Latto, who raps, “You gon’ have to come and see this/ Pretty like new new, sweet like peaches/ I’mma be your fantasy, you ain’t gon’ believe this/ Hold up, got Mimi on the remix.”

The rapper paid a generous tribute to Carey on Twitter hours before the song’s release. “HAPPY BIRTHDAY TO THE ICON HERSELF @MariahCarey THANK U FOR YOUR LEGENDARY VOCALS & ALL THE ADVICE YOU GAVE ME QUEEN…LETS SHAKE THE ROOM AT MIDNIGHT.”

Mariah was delighted with how the collaboration turned out, but quickly reminded Latto of her singular perspective on time. She replied, “So excited for this moment dahhhhllling!!!!! So happy and proud of you and all you’re accomplishing!!! But I don’t have BIRTHDAYS! ‘It’s my anniversary!!!’ Congratulations Beautiful.”

The original version of “Big Energy” – which sampled Tom Tom Club’s “Genius of Love” just like “Fantasy” – was released back in September as the lead single for Latto’s upcoming sophomore album 777. The song became a breakthrough moment for the rising star, peaking at No. 14 on the Billboard Hot 100, and becoming her first-ever Top 40 hit.

Meanwhile, Carey is preparing for the long-awaited induction into the Songwriters Hall of Fame, which will take place on June 16 in New York City after being postponed not once, but twice because of the COVID-19 pandemic.