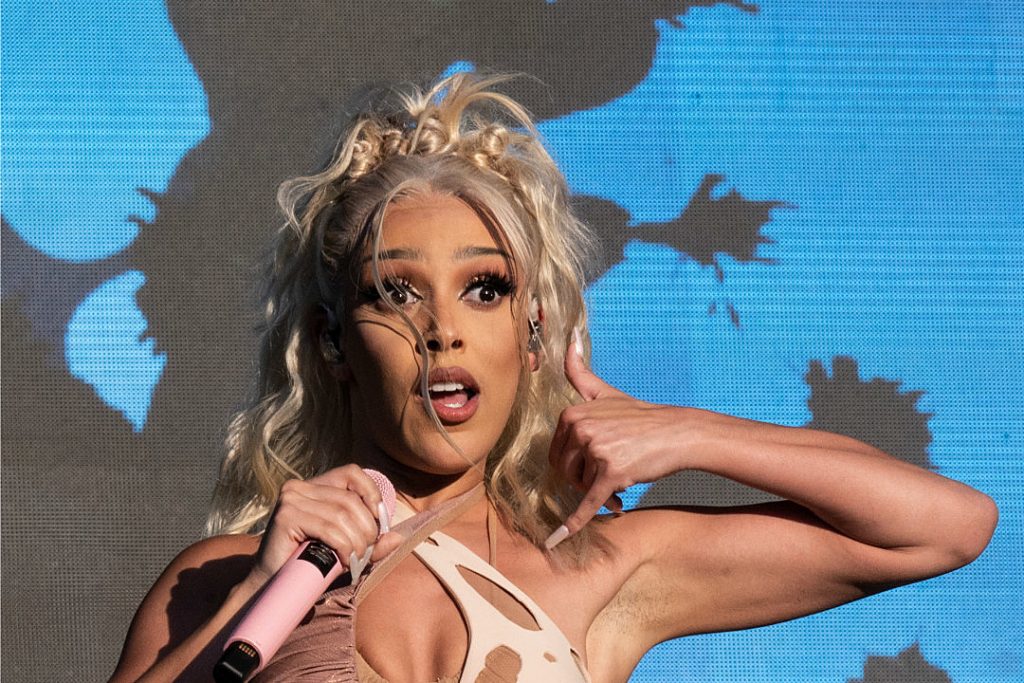 “I’m a f–king fool for ever thinking i was made for this,” she tweeted.

The 26-year-old singer expressed her frustration with her music career in a series of tweets on Thursday (March 24), going so far as to change her Twitter handle to the pointed “I Quit.”

“it’s gone and i don’t give a f–k anymore i f–kin quit i can’t wait to f–king disappear and i don’t need you to believe in me anymore,” Doja then wrote in the early morning hours of Friday. “Everything is dead to me, music is dead, and i’m a f–king fool for ever thinking i was made for this this is a f–king nightmare unfollow me.” NBCSports/TelemundoSports production assistant Roberto Rojas was among the recipients of the tweet.

In response to a tweet referring to Doja as “public enemy No. 1,” Rojas replied, “Doja, you’re not going to win this fight against the Paraguayans.”

The headlining set by Doja at Paraguay’s Asunciónico festival on Tuesday (March 22) has been cancelled following severe flooding caused by a major storm. The flooding in Paraguay also caused Miley Cyrus to cancel her headlining set at the same festival on Wednesday night. After a scary lightning strike on her plane en route to Paraguay that resulted in a forced landing, a bummed Cyrus tried to make it up to her fans by posting a bathtub video in which she serenaded them with an a cappella rendition of “Stay.”

A short time after Doja’s tweet about quitting, Doja added, “This s–t ain’t for me so I’m out. Y’all take care.” A follow-up tweet directed at Rojas added, “I moved on I’m just gonna let everybody be mad,” as well as “I’m not taking pictures again with anybody else after this tour.”

In addition, Doja seemed upset about Thursday’s performance at Lollapalooza Brazil, writing, “I don’t think I gave Brazil a good enough show tonight and I apologize for that, but thank you for coming out, I love you, and tomorrow I promise I’ll do better.”

Her spokesperson declined to comment; she is still scheduled to perform her headlining set at Lolla on Friday night. In March, The Weeknd announced dates for the After Hours Til Dawn North American stadium tour, which will feature Doja as the opening act. The tour will begin on July 8 in Toronto.